For The Flash of a Fight (Released November 2019) 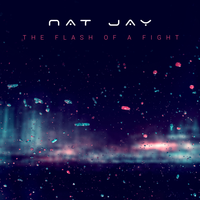 "With Ovi’s ghostly and impeccable track underneath, Nat Jay’s topline writing skills shine through on “Sleep,” with their rhythmic proficiency and vibrant lyrical imagery." -DOPECAUSEWESAID, Dopest Song of the Day

Check Nat Jay out on the following podcasts: 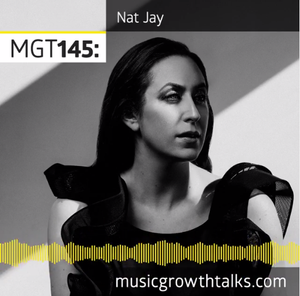 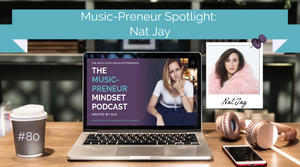 For Stoke the Fire (released December 2016) 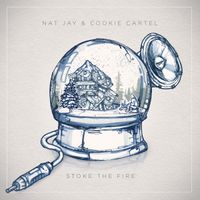 "The results [of Stoke the Fire] resemble what it might sound like if the Postal Service were to make a Christmas EP: the breezy "Deck the Halls" is full of twinkling synths and jaunty drum machines, and the blippy "Jingle Bells" is updated with lyrics about cellphones. Rounding out the five-song collection, the collaborators welcome the new year with a dreamily danceable version of "Auld Lang Syne."
– Exclaim!

"Nat Jay and Cookie Cartel’s pretty revamp [of 'O Holy Night'] shimmers and glows, the light from a thousand candles reflecting off metal, a digitized warmth in the new millennium." – CBC Music

"The trio reinvents a bunch of well-tread classics from the magical, royalty-free world of public domain and makes them sound as fresh and sparkling as a Christmas morning snowfall…in Ibiza." – PopDose

For Christmas In Paradise (Released December 2015) 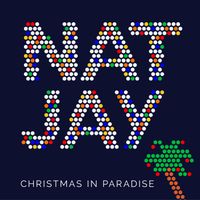 “The song is a cuddly, contented pop tune about a Christmas spent in the tropics…In keeping with the sunny theme, the song is performed primarily on ukulele, with backing provided by bouncy drums, jingling bells and a sweetly meandering synth.” – Exclaim! 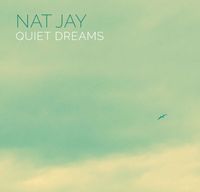 “Nat Jay knows how to play it classy and urbane…as proven on her new EP, Quiet Dreams, she hasn’t forgotten where she comes from, the hometown hero—who first surfaced as a singer-songwriter—stripping things back for a sound that’s all soft-focus piano and coffee-house guitars.” – Georgia Straight

“Nat Jay's ephemeral Quiet Dreams EP offers a direct look into the many directions songs can go before reaching their listenable destination… Stripping away the procession of pop instrumentation has the effect of focusing on Jay's voice, which coos with calm character.” – Vancouver Observer 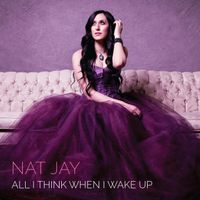 "The pop revelation of the year comes in the form of a lovely indie singer/songwriter named Nat Jay. This bombshell Canadian is just starting to make waves south of the border. All I Think When I Wake Up kicks off with a winning dance number, ‘Can’t Getcha Out’, but really hits its groove with a string of breathtaking country flavored pop songs that recall peak-level Alanis Morissette and the Cranberries. This album hits the singer/songwriter trifecta: she’s got the look, she’s got the pipes and the songs are world-class."
–PopDoseTop Pop Albums of 2014 (#3)

“She sounds like the next Alanis Morissette. It has the urgency of the early Liz Phair record, but she has a lovely voice, kind of like the lead singer of the Cranberries. A lot of singer/songwriters have the look…but you also have to have the songs and you have to have the pipes. It’s so rare in all the CDs that cross my desk...that someone has all three, and she really is hitting on all cylinders.”
– Overnight America

"All I Think When I Wake Up is an outstanding effort of artistry, demonstrating Jay’s dexterity as both a songwriter and vocalist, and creating a versatile sound that stretches beyond the boundaries of a conventional pop record. Jay’s voice is breathy and lush, and the album addresses feelings of love, loss, vulnerability, and joy. Emotive ballads like “I Will Keep You Warm” and “Just a Little More” balance nicely alongside twangy jaunts (“Cover Your Tracks”) and folksy ditties (“Love Me Too”) without losing continuity." – VanCityBuzz

"The best moments on All I Think When I Wake Up come when Jay embraces brighter sounds. She puts her strong foot forward with the slinky opening cut “Can’t Getcha Out,” which worms its mantralike chorus into listeners’ brains while riding a groove that splits the difference between chugging rock and pulsing pop.“Cover Your Tracks” and “Love Me Too” are equally hook-filled, with the members of local rock vets Odds holding down the bouncy mid-tempo rhythms...All I Think When I Wake Up has enough snappy tracks that it’ll keep listeners warm in the months ahead." – The Georgia Straight

"All I Think When I Wake Up is filled with earworms, none so catchy as aptly titled electro-tinged album-opener and lead single Can’t Getcha Out, which has become Nat Jay’s calling card in recent months...The rest of the album sees Nat Jay flirt with country-pop vibes (the quivering Cover Your Tracks and Built A Wall) and shuffle-y, Feist-ian musings on love and life (Love Me Too), pooling her influences into an album that feels modern without stretching out of bounds. Superb production from Winston Hauschild and a sturdy musical backbone by Vancouver rockers Odds elevate material that is lyrically sound" – Vancouver Sun

"The British Columbia-based Nat Jay is becoming a rising talent in her native Canada, and the tender pop of "Just a Little More" gives a pretty easy reason as to why that's happening."– PopMatters

"'Can’t Getcha Out' [is] an infectious, dynamic track that grabs with a riveting bass line, before electronica elements come in, laying the beat for Jay’s super catchy melody, which, as the title suggests, you just can’t get out of your head. " – Glide Magazine

"The album also builds upon her relationship with Winston Hauschild. He produced Lights Across The Sky and...All I Think When I Wake Up reflects the confidence and increased skill of both." – The Province

"Nat Jay gave an electrifying performance at the intimate Revue Stage on Granville Island...Jay had the audience wowing at her flawless vocal delivery and fun up-beat songs, and when the tempo was slowed down for a few minutes – the audience was still captivated...Jay was hoping for a grand celebration for the release of All I Think Of When I Wake Up, and that it definitely was. There was something extremely uplifting about a Nat Jay performance. These days, it is hard to find a performer with as much heart, soul, songwriting ability and vocal power as she has." – PopYOUlarity.com

For Lights Across the Sky (Released September 2008) 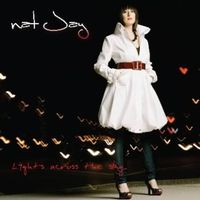 "This six-song EP...presents tunes as diverse as they are well crafted. With a voice that often scratches the stratosphere, the comparisons to Joni Mitchell and Melanie are as fleeting as they are immediate. Each track offers a pop-wise arrangement, while simultaneously melding genres. **** (4 out of 5 stars)" – TV Week

"Nat Jay’s CD is hard-wired with a yearning character and her voice and songs have that ageless quality that is magnetic and elusive. This is solid, soulful stuff." – Vernon Morning Star

"As soon as I heard Nat Jay’s EP, I knew this was something quite special...A name that I was previously unaware of, but now one that I am eager to hear more from." – Indie Launchpad

"The songs on Lights Across the Sky are perhaps best described as pop of the adult contemporary variety -- rather than the tween-friendly bubble gum variety or the club-banging dance variety. They are weighty, emotive and full-sounding tunes concerned with matters of love and personal reflection. Jay's voice on the recording is big and confident" – Vancouver Sun

"I don't know what it is about Canada, but they grow some absolutely amazing singer-songwriters and Nat Jay can go toe-to-toe with the best of them." – iTunes Review

"...poppy in the way that it's relatable and hooky, but more thought-provoking than your typical Madonna tune." – eVent Magazine

“Eyes fixed on Jay strumming her guitar, those lucky enough to be in attendance experienced the sensation that occurs when you’re witnessing a big hit before it happens.”  – Kelowna Daily Courier